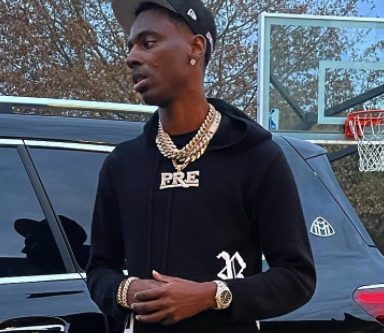 Nearly four months have passed since the late Young Dolph was fatally gunned down in his hometown of Memphis on November 17th, 2021. While fans and Dolph’s loved ones continue to mourn his life, new information about his autopsy is revealed. According to Fox 13 Memphis, the West Tennessee Regional Forensic Center released the autopsy showing he was unfortunately shot a total of 22 times. The details are heartbreaking.

The West Tennessee Regional Forensic Center states Dolph was shot throughout his body, including his right back, center back, left-back, right arm, left arm, left chest, and left abdomen. In addition, in his right chin, right neck, right wrist, and right shoulder. At the time of the shooting, which took place at Makeda’s Homemade Butter Cookies on Airways Blvd. near Ketchum Rd. there was no information about the amount of time the ‘Get Paid’ rapper was shot.

The news of Dolph’s shooting quickly had his name trending on Twitter. Many found the news unsettling. One person tweeted, “Was it necessary to know how many times Young Dolph was shot?!” Another tweeted, “I truly believe that unless you are a family member or law enforcement with a need to know. Autopsy reports SHOULD NOT. DO NOT. Need to be made public. The general public DOESN’T NEED TO KNOW.”

Dolph isn’t the only celebrity that has had his autopsy report shared. Recently Bob Saget’s cause of death was revealed, and Michael K. Willams. Bob died of blunt force trauma to the head, and his death was classified as an accident. As we reported, Michael passed away due to an overdose after using fentanyl-laced heroin.

At this time, no other updates have been reported about whether or not Dolph’s suspected murderers, Justin Johnson and Cornelius Smith, have been charged in connection to the case. No further information has been released about Shundale Barnett, who has a warrant for his involvement in the murder. As well as Devin Burns and Joshua Taylor, who are listed as persons of interest in the murder of Young Dolph. We continue to keep his loved ones in our thoughts.

The post Young Dolph Autopsy Report Reveals He Was Hit By 22 Bullets Before He Passed Away appeared first on MusixFlix.