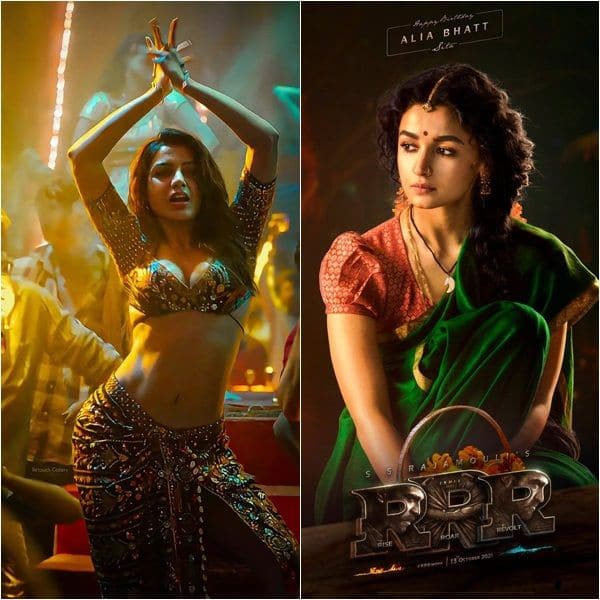 The world of entertainment has been very exciting today and we bring you a wrap of all the trending South news of the day. From Samantha Ruth Prabhu‘s special birthday wish to Alia Bhatt leaving fans excited about their collaboration to SS Rajamouli’s RRR eyeing on a massive boost at the box office, here’s a look at the top trending south news today.

RRR: Jr NTR, Ram Charan, Alia Bhatt starrer to get a massive box office boost due to THIS reason

RRR starring Jr NTR, Ram Chara, Alia Bhatt and others will reportedly benefit thanks to a decision of the Andhra Pradesh government. We tell you how. Read the full story here.

Actor Hrishikesh, who is the brother-in-law of actor Dhanush, on Tuesday joined the sets of director Anbu’s upcoming action entertainer ‘Rekla’, featuring Prabhu Deva. Taking to Twitter to make the announcement, actor Hrishikesh said, “Onto the next !! Joined the sets of ‘Rekla’. Mighty thrilled to be sharing screen space with Prabhu Deva master! GAME ON !” Director Anbu, for his part tweeted, “Welcome brother”. Rekla, which is produced by S Ambeth Kumar of Olympia Movies, is Prabhu Deva’s 58th film. The film, which will have music by Ghibran, has Vani Bhojan playing the female lead. Apart from Prabhu Deva, Vani Bhojan and Hrishikesh, the film will also feature a host of actors including Robo Shankar.

Did Prabhas pull out of Maruthi’s movie?

For a couple of days now, a few Telugu-based social media handles have been posting that Prabhas is not going to be a part of Maruthi’s much-anticipated venture. Rumours about Prabhas’s next movie with Maruthi caused much confusion between the fans, earlier on Monday. But, it is confirmed that Prabhas has not taken any decision regarding his withdrawal from the project. He will soon start prepping up for the movie under director Maruthi, which is reported to be a full-run comedy entertainer.

Balakrishna, Mahesh Babu team up for Rajamouli’s next film

Nandamuri Balakrishna, who enthralled the Telugu TV audience with his perky hosting on ‘Unstoppable: With NBK’, is rumoured to be a part of S.S. Rajamouli’s upcoming big-ticket project. Rajamouli’s next, which will feature superstar Mahesh Babu as the main lead, will apparently have Balakrishna in an extended cameo. While the other details are not mentioned, it is said that Balakrishna will have a screen-time of nearly 40 minutes in this yet-to-be-announced movie. While there is no formal confirmation on the same, Balakrishna and Mahesh Babu’s fans have been excited for the makers to make this news official.

S.S. Rajamouli, who is ready to witness the release of his mammoth project ‘RRR’, has said that he is worried about his crew who worked on the ‘RRR’ shoot in Ukraine. “We were there to shoot some important scenes for ‘RRR’. It is a beautiful country and at the time of the shoot, I had no idea about these issues. Only after I came back, did I now understand the seriousness,” Rajamouli answered. “I kept on inquiring about the well-being of the people who had worked for ‘RRR’ while we shot there in Ukraine. Some of them are fine, and some, I need to still get in touch with,” the ‘Simhadri’ director said.