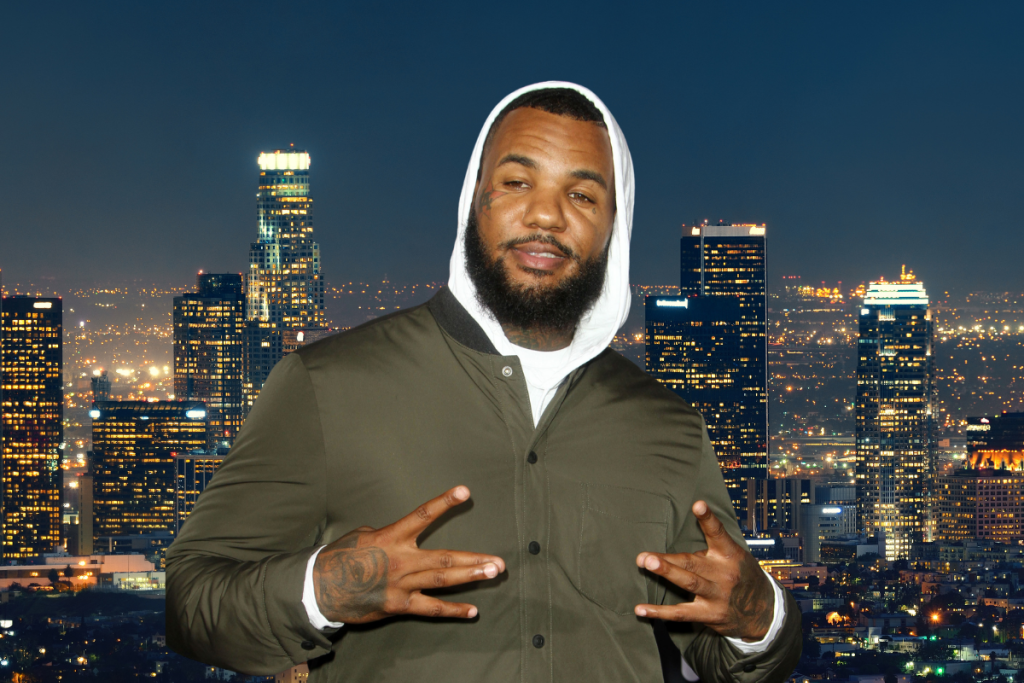 Compton, California rapper Game brought out some West Coast legends for his “Drillmatic” record release party!
On Friday, July 8th, The Game shut down the stage at The Novo, for what was supposed to be his new album release show.

While Drillmatic was supposed to drop this evening, The Game gave the disclaimer that he was unable to drop it due to sample clearance issues.

Immediately following, the beat for “Eazy” came in… as the legendary Kanye West stepped on stage to do his part.

Dressed in all black and with his face covered, Ye’s presence was not only felt, but also questioned. Fans on social media were all speculating this wasn’t Ye himself (although they have no concrete evidence).

The guest appearances didn’t stop there, although concert-goers could hardly believe what had just taken place.

Next, The Game brought out Lil Wayne, whom he even reminded everyone that Ice Cube called the “best rapper alive.” Lil Wayne did 3 songs, including “Steady Mobbin” and of course, “A Milli.”

Soon after, it was time for the West Coast legends: Kurupt, DJ Quik, and Suga Free. Pimpin’ was all over the stage.

Then it was time to bring it back to the new generation of rappers, bringing out O.T. Genasis, Blueface, RJ, and last but not least, Symba.

The whole evening, The Game was holding onto a bottle of Deleon Tequila, frequently shouting out Diddy for being a black-owned business.

Additionally, he ended the show with his classics: “Hate It Or Love It” and “How We Do.” Game also cracked jokes throughout the evening and reminded folks exactly how far he’s come.

With his mother being a manager at Taco Bell at age 16, The Game saw her hustle and, in turn, went out into the world with a vengeance.

For anyone who was lucky enough to attend, The Game gave us a show for the books.

The post The Game Brings Out Kanye West, Lil Wayne And More During Epic “Drillmatic” Party appeared first on %%https://musixflix.online%%.