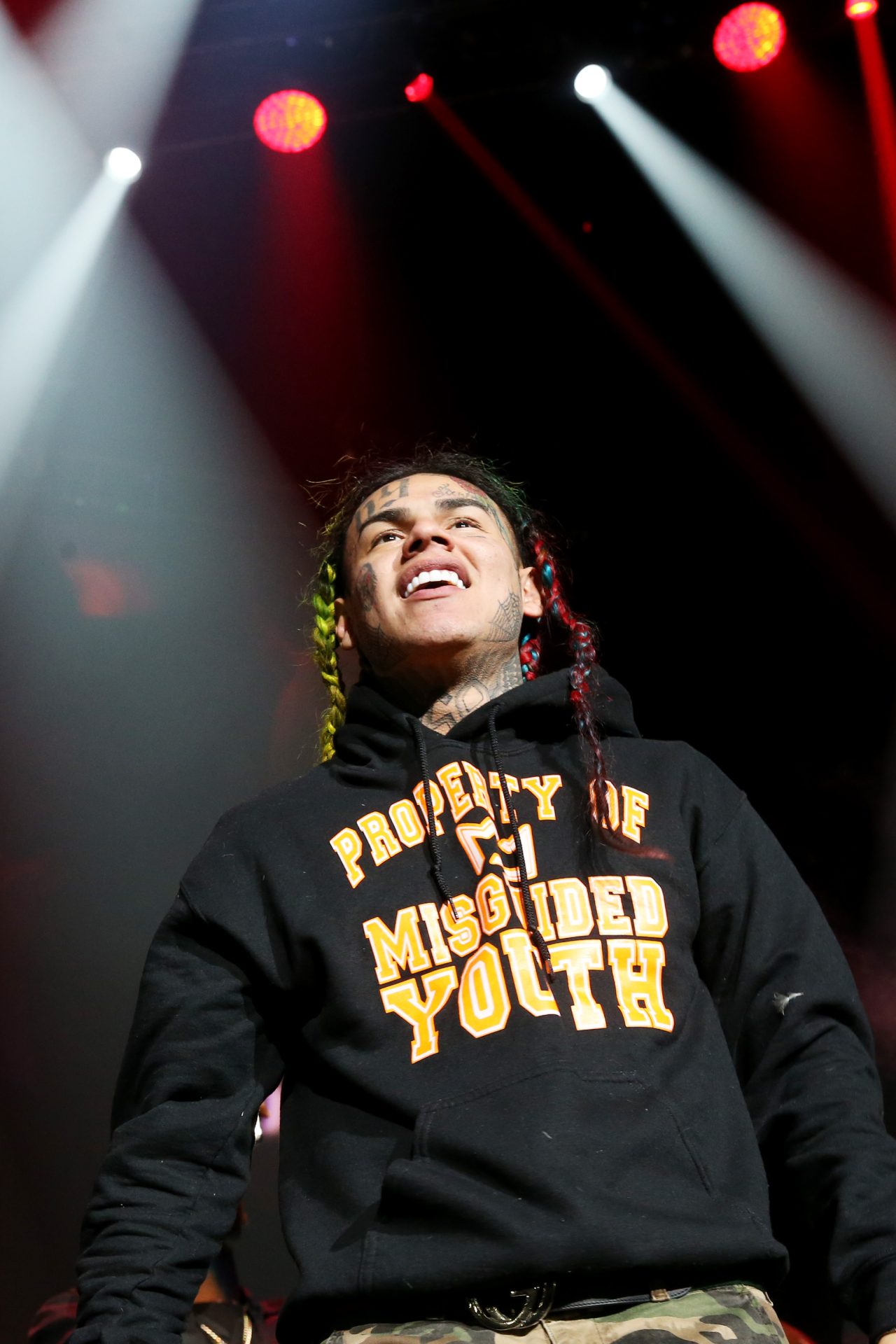 He ain’t got it! Roommates, Tekashi 6ix9ine, is trying to find a way to get out of paying damages for his involvement in the robbery of two people on April 3rd, 2018. If you recall, in 2020, Seketha Wonzer and Kevin Dozier sued him for battery and emotional distress. The two claim 6ix9ine traumatized them and ruined their lives after members of the Nine Trey Gangsta Bloods robbed them in a case of mistaken identity.

According to court documents obtained by AllHipHop, 6ix9ine admitted he is going broke, has no record deal, and is struggling to maintain his lifestyle. In the declaration, 6ix9ine revealed, “Right now, I am struggling to make ends meet. I do not know if I will ever command the kind of advances I was paid before my arrest, and my career stalled.”

Reports state the Brooklyn rapper’s deal with TenThousand Projects expired last month, and he has not released music since his 2020 album ‘TattleTales.’ 6ix9ine does have a publishing deal. However, his royalty account remains unrecouped due to significant advances he accepted. In addition, he is not receiving any income from the agreement.

6ix9ine also wrote in the declaration, “It will surely bankrupt me in a way from which I will never recover to the permanent detriment and hardship of the family members who rely upon me.” 6ix9ine says that the income he receives supports himself, his two infant children, and their mother. He also supports his mother and brother.

Currently, Judge John P. Cronan has not stated the amount of damages 6ix9ine would be responsible for paying Seketha and Kevin, but it could be in the millions.

The post Tekashi 6ix9ine Says He’s Unable To Pay For Damages From 2018 Robbery: “I Am Struggling To Make Ends Meet” appeared first on MusixFlix.