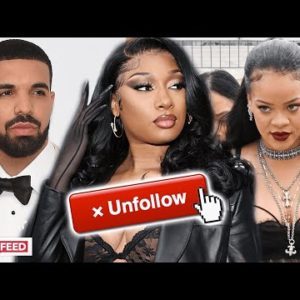 Is There A Problem With Megan Thee Stallion, Drake, And Rihanna?

Drake and Rihanna have unfollowed Megan Thee Stallion…And she’s no longer a Fenty hot girl! Why? What happened?

Did Drake and Rihanna join others celebrities who quietly unfollowed Megan Thee Stallion? 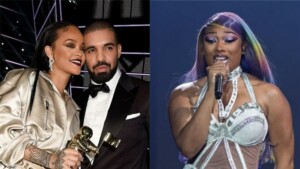 There could be some drama brewing behind the scenes involving Megan Thee Stallion. According to numerous reports, the rapper was recently unfollowed on social media by Rihanna and Drake, and as if that weren’t enough, she seems to have lost her spot as an ambassador for Rih’s Savage X Fenty brand.

As her court case with Tory Lanez continues to linger, Megan could possibly be alienating herself from the rest of the industry as many fans have noticed that she no longer appears to be close with Rihanna and Drake, with both superstar artists unfollowing her recently.

Two years ago, fans were excited about Rihanna giving Megan a follow, celebrating the moment on Twitter with screenshots. Those posts have not aged well because if you check now, you’ll see that Rih decided to unfollow the Houston-based rapper, seemingly cooling down on her. Megan was previously an ambassador of the Savage X Fenty brand but with her apparent removal from the website, it’s unclear if she will continue her work with the lingerie line.

We can confirm that Drake has also unfollowed Megan, with her name no longer listed in his following list.

What do you think could have happened? Do you think they know something that others don’t? Let us know your thoughts in the comments. 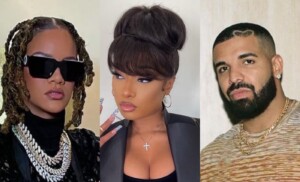 The post Is There A Problem With Megan Thee Stallion, Drake, And Rihanna? appeared first on MusixFlix.