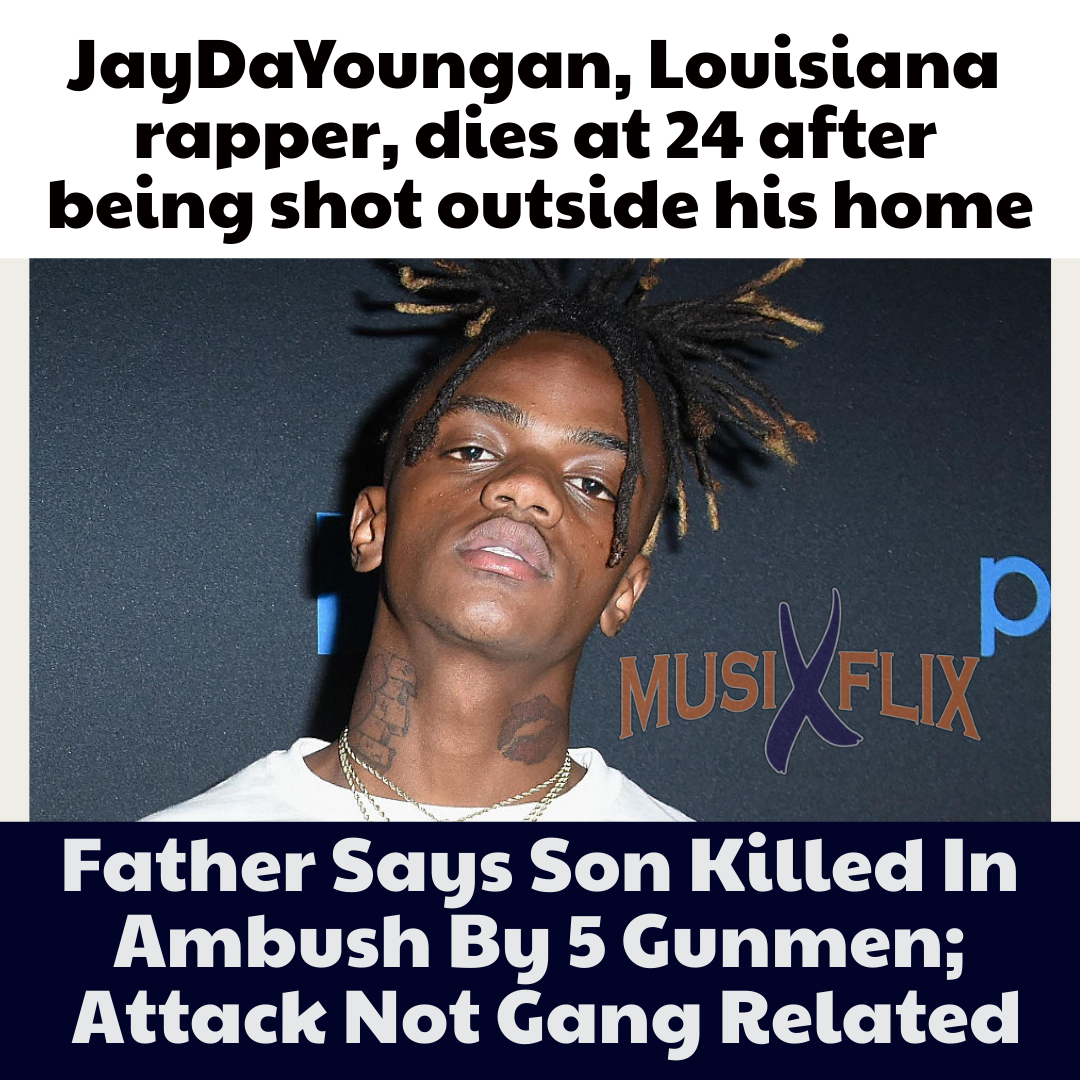 JayDaYoungan was killed after being ambushed by five shooters who gunned him down outside of his home last week, according to his father, who was also shot and injured during the fatal shooting.

The rapper’s father, Kenyatta Scott, detailed the moments leading up to his son’s death on Wednesday (Jul. 27). He told TMZ he was sitting outside in the front yard of his Louisiana home with his son when they were attacked. Three people armed with guns suddenly jumped out of a black truck. As JayDaYoungan and his father attempted to flee inside the house, two more gunmen approached the property from the side.

Despite being armed and firing back to defend himself and his son, Kenyatta Scott was shot twice in the arm. He remains in hospital. Tragically, JayDaYoungan was hit at least eight times and lost a lot of blood. Though he was rushed to hospital for emergency surgery, he did not survive his injuries. The popular Louisiana rapper died on Wednesday July 27, aged 24.

While cops are exploring all avenues regarding a motive for the slaying, including gangs and/or retaliation, Kenyatta Scott doesn’t think it was gang-related. He doesn’t believe JayDaYoungan had beef with anyone and believes the shooters were unknown to his son. He also thinks his son’s murderers were jealous that he made it out of his hometown and envious of his success. Authorities think there was only one shooter although they have yet to identify a suspect or make any arrests.

JayDaYoungan’s father said his son should be remembered as a “good, humble and respectful kid.”

Louisiana rapper JayDaYoungan was killed Wednesday night in one of two “possibly related” shootings that took place within 75 minutes of each other in his hometown of Bogalusa, according to police.

The 24-year-old rapper, whose real name is Javorius Scott, was shot around 5:50 p.m. and taken to a local hospital, according to the Bogalusa Police Department.

The rapper, known for his songs “23 Island” and “Elimination,” was pronounced dead a few hours later.

A second victim, identified as Kenyatta Scott Sr., was also shot and taken to the hospital in critical condition.

A separate shooting happened around 7 p.m. during which a “vehicle was shot, possibly related to the first shooting,” according to the Bogalusa Police Department.

There were no reported injuries in connection with the second shooting. The investigation is ongoing.