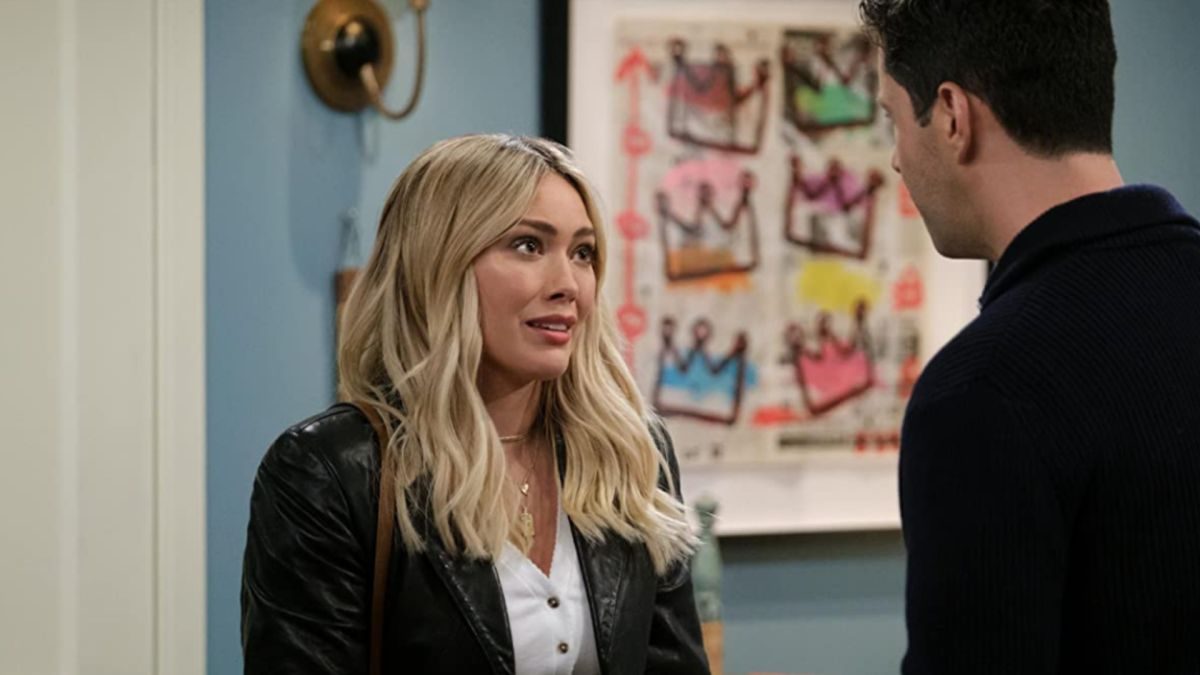 In season one’s conclusion, Hilary Duff’s Sophie is visited by a special guest from the original series.

This post contains spoilers for How I Met Your Father.

We’ve known from the start that How I Met Your Father and its CBS predecessor How I Met Your Mother take place in the same universe. But the biggest nod to the original series came in the first season finale of Hulu’s continuation, which featured a season finale cameo from Cobie Smulders. She reprised her role as Robin Scherbatsky to have an unexpected heart-to-heart with Hilary Duff’s Sophie about—what else—their twisty love lives.

The storyline began with a heartbreaking turn of events for Sophie and her will-they-won’t-they love interest Jesse (Chris Lowell), who accidentally declared his love for her in his sleep. Hearing this, Sophie flees to MacLaren’s, the oft-visited bar from HIMYM. (Coincidentally, Jesse lives above this establishment, in an apartment once occupied by Josh Radnor’s Ted and Jason Segel’s Marshall.)

As Sophie saddles up to the bar, Robin appears and reflects on her own turbulent relationship with Ted, who also proclaimed his love on their very first date. “Do not waste your time being scared, Sophie,” Robin advises. “Fear can make you run away from things that could be good. Great, even. Things that are supposed to be a part of your story. So, really think about it. What did Jesse do wrong other than say everything you ever wanted a guy to say, just faster than you expected? Sophie, I have been married, I’ve been single, I’ve been everything in between. And the only decisions I regret making are the ones I made out of fear.”

Sophie heeds Robin’s advice, but not before Jesse has seemingly reconciled with his ex Meredith (Leighton Meester). “If I’ve learned anything at all about love, it’s that timing is everything. Sometimes, timing is a bitch,” Robin says when Sophie returns to the bar, defeated. “You’re going to be okay. I’ll meet future you back here in 20 years for a drink just to make sure.” Then she’s off for dinner with fellow TV anchors Savannah Guthrie and Katie Couric.

“We just loved the idea of Sophie getting to talk to Robin and Robin getting to impart some wisdom to her about love and about life and about timing,” series co-creator Elizabeth Berger told Deadline. “Obviously, in the original, we got to see Robin go through so many chapters of her own and so many ups and downs, and it felt really organic to the story we were telling to bring her back and have her speak on those things.” So the door is now open for more cameos in HIMYF’s supersized second season.

By finale’s end, the show’s remaining characters are a romantic mixed bag. Valentina (Francia Raisa) and Charlie (Tom Ainsley) part ways when they disagree about whether they should have kids. Ellen (Tien Tran) ends things on a high note with both a new job and romantic prospect. Meanwhile, Sid (Suraj Sharma) and Hannah (Ashley Reyes) push their relationship’s logistical hurdles aside to spontaneously (disastrously?) wed. 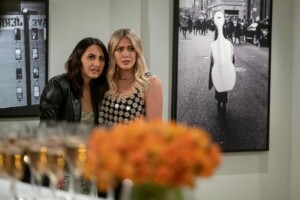 Then there’s the matter of Sophie and Ian (Daniel Augustin), the biologist she romanced in the season’s first episode. He’s re-introduced to the fold when HIMYM’s George “The Captain” Van Smoot (Kyle MacLachlan) is revealed to have professional ties with him. In the episode’s final moments, Ian has returned from work in Australia to Sophie’s exhibition, seemingly eager for another chance.