The long-awaited Entertainment Ecological Economics System (EEES) MusixFlix is finally set to launch, much to the delight of artists, content providers, and entertainment consumers alike.

Based around the FLIX cryptocurrency coin, MusixFlix combines a diverse range of services into a one-stop-shop for entertainment consumers worldwide. The EEES includes:

By focusing on the FLIX cryptocurrency coin, MusixFlix aims to encourage sustainability in the music and entertainment industry, giving control back to fans and creators while doing away with the middleman. By connecting content providers and artists directly with customers, MusixFlix is focused on its core values of sustainability and giving consumers access to a wealth of global entertainment solutions.

Every aspect of MusixFlix is designed around the FLIX cryptocurrency coin – its central membership and financial payments currency.

MusixFlix will launch with an eCommerce platform and a mobile application, with the cryptocurrency system to follow shortly after launch.

He ain’t got it! Roommates, Tekashi 6ix9ine, is trying to find a way to get out of paying damages for his involvement in the robbery of two people on April 3rd, 2018. If you recall, in 2020, Seketha Wonzer and Kevin Dozier sued him for battery and emotional distress. The two claim 6ix9ine traumatized them and ruined their lives after members of the Nine Trey Gangsta Bloods robbed them in a case of mistaken identity.

According to court documents obtained by AllHipHop, 6ix9ine admitted he is going broke, has no record deal, and is struggling to maintain his lifestyle. In the declaration, 6ix9ine revealed, “Right now, I am struggling to make ends meet. I do not know if I will ever command the kind of advances I was paid before my arrest, and my career stalled.”

Reports state the Brooklyn rapper’s deal with TenThousand Projects expired last month, and he has not released music since his 2020 album ‘TattleTales.’ 6ix9ine does have a publishing deal. However, his royalty account remains unrecouped due to significant advances he accepted. In addition, he is not receiving any income from the agreement.

6ix9ine also wrote in the declaration, “It will surely bankrupt me in a way from which I will never recover to the permanent detriment and hardship of the family members who rely upon me.” 6ix9ine says that the income he receives supports himself, his two infant children, and their mother. He also supports his mother and brother.

Currently, Judge John P. Cronan has not stated the amount of damages 6ix9ine would be responsible for paying Seketha and Kevin, but it could be in the millions.

The post Tekashi 6ix9ine Says He’s Unable To Pay For Damages From 2018 Robbery: “I Am Struggling To Make Ends Meet” appeared first on MusixFlix.

A video of Mya has social media talking about her dance moves.

The singer was performing and effortlessly went into a split on stage. Mya posted the video on Tik Tok with the caption, “y’all already know I still got it right.”

Take a look at a repost shared by the Urban News blog. Fans flooded the comment section with fire emojis; one user said, “that’s that vegan life.” Another person said, “clears throat, haven’t aged a bit.”

Somebody come look at mya !!! She hit that split so effortlessly pic.twitter.com/0GyUQjARAn

Mya is “in her bag” in other news, continuing to spread love, joy, and positivity. In her latest Instagram post, she offered a beautiful message to her fans about self-care. She said, “Sending the highest of vibrations your way this beautiful Saturday. And don’t forget to take care of you, so others may benefit. Love. #selfcare #saturday.”

Understudy loan obligation has been a continuous discussion for a really long time, and nearly16,000 previous understudies might get a touch of help due to  borrower protection claims got by the US Department free from Education.

As indicated by the site, previous understudies will have $415 million of educational loan obligation deleted. “Almost 16,000 borrowers will get $415 million in borrower guard to reimbursement releases following the endorsement of four new discoveries and the proceeded with survey of cases.”

This incorporates 1,800 previous DeVry University understudies who will get “around $71.7 million in full borrower guard releases.” It was resolved the college gave broad misdirecting data about work position rates.

Moreover, there will likewise be “$343.7 million in borrower guard releases to right around 14,000 borrowers.” It was resolved that “Westwood College and the nursing program at ITT Technical Institute, as well as ongoing discoveries about the law enforcement programs at Minnesota School of Business/Globe University and one more $284.5 million in releases to north of 11,900 understudies who went to foundations, for example, Corinthian Colleges and Marinello Schools of Beauty whose applications were surveyed after before declarations of help.”

At this point, 107,000 borrowers are said to have their understudy loan obligations cleared adding up to $2 billion.

“The Department stays focused on giving borrowers releases when the proof shows their school disregarded the law and principles,” said U.S. Secretary of Education Miguel Cardona. “Understudies depend on their schools to be honest. Sadly, the present discoveries show an excessive number of cases in which understudies were deluded into credits at foundations or projects that couldn’t convey what they’d guaranteed,” the assertion read.

From 2008 to 2015, DeVry professed to have some work situation pace of 90% for understudies who effectively look for work in their field of study, however it was really 58%, as per the Department.  The public mission was designated, “We Major in Careers,” and it drove in marking DeVry as a “Lifelong Placement University.”

“Truth be told, the foundation’s genuine work arrangement rate was around 58%. The Department observed that the greater part of the positions remembered for the guaranteed 90% arrangement rate were held by understudies who got them a long time prior to moving on from DeVry and regularly before they even selected. These positions were not inferable from a DeVry schooling and their consideration was in opposition to the plain language of the 90% case. In addition, DeVry prohibited from its estimation enormous quantities of graduates who were indeed effectively searching for work basically in light of the fact that they didn’t lead a hunt in the way that the University’s Career Services division liked.”

FTC arrived at a settlement with DeVry for around $100 million out of 2016 for comparative claims.

Roomies, you all get your obligations cleared?

Haus of Creators ended New York Fashion week this year with a Style Sector social organizing occasion at Sergeant Creative Studios last night (02/15/22) in Brooklyn, NY. The occasion arrived at limit with a list if people to attend of north of 750 imaginative experts and workmanship lovers that effectively coursed over the course of the evening. Supported by Bartenura, Royal Wine, and Harlem Standard; visitors had the option to appreciate created mixed drinks while review the visual craftsmanship and design shows. In festival of Black future month – the occasion featured dark creation and content, yet in addition a couple of forthcoming dark originators like by Man, Menyelek, Marioandlee, and Wole Olosunde.

Haus of Creators is a dark claimed full-scale inventive promoting and creation office that represents considerable authority in marking and rebranding for specialists, powerhouses, media, tech, and different organizations. The office has effectively adjusted ability and organizations like Cardi B, Rico Nasty, Da Baby, Playboi Carti, A Boogie, Roc Nation, Atlantic Records, DefJam, and that’s only the tip of the iceberg (Reel: https://youtu.be/w1I5s4q1tcU).

Sergeant Creative Studios is likewise a dark possessed studio and reasonable inventive space that have adjusted demonstrations and brands like Dream Doll, B-Lovee, Rowdy, G Herbo, Footlocker and that’s only the tip of the iceberg. This year, SCS is anticipating facilitating join ups for NYC’s imaginative local area and instructive film and photograph studios.

2 Chainz caught Fabolous diving into some self-care whilst at dinner.

“Titty Boy” posted a video of Fab apparently at a restaurant however getting his nails cleaned/manicured. In the clip, you hear two Chainz say “TF you doin?” The Atlanta rapper continued, “We supposed to be consuming dinner, playboy. What you doin’?”

Check out the hilarious exchange:&nbsp;

The put up two Chainz Posts Video Of Fabolous Getting A Mani At Dinner, Fab Says ‘You Gotta Find Time’&nbsp; regarded first on MusixFlix.

50 Cent makes enjoyable of Young Buck’s arrest for vandalization It’s difficult being on the incorrect aspect of 50 Cent. When he considers a man or woman an enemy, he will kick them when they’re down, each time. People who observe 50 Cent are used to him treating Ja Rule this way, however he has this smoke […]

The publish 50 Cent roasts Young Buck over getting arrested for vandalizing his ex-girlfriend’s domestic and needs his cash returned regarded first on MusixFlix.

Jaz-O explains why he didn’t signal with Roc-A-Fella Records The cutting-edge technology can also no longer be aware of Jaz-O, apart from his phase in assisting Jay-Z get started. But, Jaz-O, additionally acknowledged as Big Jaz, is a hip hop legend.

The publish Jaz-O says he would have been “stupid” to take $150,000 deal to signal with Roc-A-Fella Records regarded first on MusixFlix

Sharod Starks supplies the three Ways remix video Two years ago, Sharod Starks commenced a run that hasn’t slowed down. For a couple of reasons, Sharod Starks has put up viral numbers and it’s a new opening for his complete crew. Sharod Starks is making the performs that make stars. His song has really made primary waves, […] 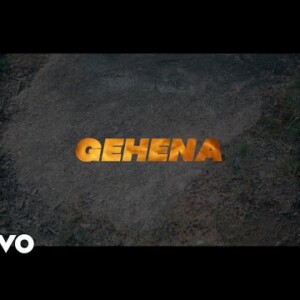 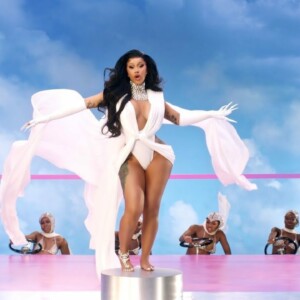 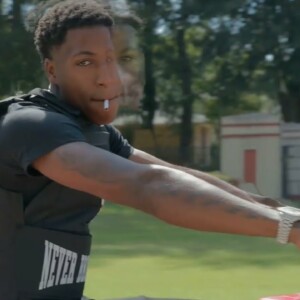 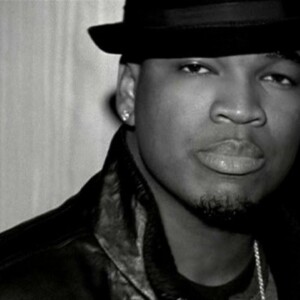