The 25 Best ‘Toonami’ Shows of All Time

In celebration of the 25th anniversary of Toonami, let’s look at the 25 best shows to be part of the action block’s regular lineup.

It’s impossible to tell the story of action cartoons in the US without mentioning Toonami. Launched in 1997, the programming block introduced multiple generations to giant robots, energy blasts, and a kaleidoscopic array of indelible characters on its way to pantheon status for American geekdom.

The outset of its run — which was initially hosted by Space Ghost Villain Moltar — began with shows like Thundercats, Cartoon Roulette, Voltron, and The Real Adventures of Jonny Quest. A year later, the block added Sailor Moon and an under-the-radar show called Dragon Ball Z into the lineup. While DBZ had been a massive hit in Japan, the series — the English dub for which originally premiered on UPN in 1996  — had yet to establish a strong foothold in the US. By 1999, it was arguably the most popular show on Cartoon Network.

In subsequent years, which saw a robot by the name of TOM (Toonami Operations Module) take over hosting duties, Toonami would continue leading an influx of Anime into the US, introducing its audience to additional shows like Mobile Suit: Gundam Wing, Yu Yu Hakusho, Naruto and countless others. Additionally, the block also made space for established American  shows like Batman: The Animated Series, Justice League, and The Powerpuff Girls.

Due to decreased ratings, Toonami ended its initial run in March 2008, but four years later, at the insistence of fans, it returned, and it’s been maintaining ever since.

Today, in celebration of Toonami’s 25th anniversary, it’s time to look at the 25 best shows to be part of the action block’s regular lineup. Peep the list below.

The story of Kagome and Inuyasha’s quest to collect some mystical jewel shards and defeat Naraku definitely got repetitive, but, with its blend of romance and inventive action, Inuyasha is a legendary anime.

Originally introduced in 2001, Samurai Jack is the story of a time-traveling warrior who fights to destroy a near-omnipresent monster. Created and directed by Genndy Tartakovsky, the show makes the most of silence and lets its gorgeous visuals, extravagant worlds, and kick-ass action tell a story of vengeance, and helped it secure a spot in the pantheon of great Cartoon Network original shows.

For a lot of people, Sailor Moon was a gateway drug to anime fandom. The show centers on a group of super powered teenage girls with alter-egos that correspond to planets in the Earth’s solar system. There’s action, there’s romance, and a lot of corniness — a combo that makes this one as iconic as they come.

Rurouni Kenshin follows the exploits of a legendary assassin who attempts to save an innocent bystander after swearing an oath against killing. Although it gets hampered by filler, few TV series could match Rurouni Kenshin’s blend of history, stylized violence, and characterization.

A legendary Cartoon Network original, The Powerpuff Girls focused on three homemade superheroes who fight to protect their city while balancing typical elementary school stuff like homework. Sugar, spice, and sharp pop culture humor helped make the show a refreshing change of pace amid one-note action cartoons of the era.

Taking place more than 20 years after health issues forced Bruce Wayne to retire from life as Batman, Batman Beyond follows the adventures of Terry McGinnis, a 17-year-old who’s just become the new Dark Knight. Dynamic world-building, an inventive premise, and a surprisingly memorable new rogues gallery helped make this WB original one of the best superhero cartoons of its era — and a Toonami classic.

Pairing colorful adventure with impeccable action, One Piece revolves around Monkey D. Luffy as he hits the open seas in an attempt to become the king of the pirates.  A sub-par 4Kids dub made some US fans less than enthused when it first hit Toonami back in 2005, but in general, One Piece is one of the most popular anime ever, and it’s definitely a dope watch.

Ichigo Kurosaki is more or less your typical 15-year-old when he’s charged with mystical spiritual abilities and the responsibility of protecting souls while fighting against lost ones. Filled with high-stakes drama, humor, wholesome characters, and intricate battles, Bleach is one of the best anime to pop up on Toonami.

Shinichiro Watanabe broke a lot of ground when he directed the genre-fusing space western Cowboy Bebop in 1998, but his follow up show, Samurai Champloo, was also pretty dope. This one follows the exploits of two powerful lone wolf swordsmen who lose a coin toss and are forced to accompany a girl on a mission to find her father. Whereas Bebop was infused with jazz and blues, Champloo was laced with lo-fi hip-hop and countless other references to rap culture.

Yoshiro Togashi set a high standard for himself when he created Yu Yu Hakusho, but all things considered Hunter x Hunter might actually be his best creation. The series follows a young boy named Gon Freecss, who becomes a Hunter — a martial artist/explorer tasked with hunting rare creatures and treasures across the globe — in order to locate his father. With intricate world building and a more unpredictable plot that doesn’t go into autopilot martial arts tournament mode, Hunter x Hunter has almost all of Hakusho’s strengths and none of the weaknesses.

One-Punch Man explores the adventures of Saitama, a self-made superhero who became an indestructible and unstoppable crime fighting force after doing a little running and basic calisthenics for a few years. Equal parts shonen satire and superhero epic, the series pokes fun at various anime tropes while providing the high-stakes action and emotional thrills of your stories.

This OG revamp brought one of Japan’s most legendary manga characters back to life in electric fashion. The series explores the life of Atom, a super-powered, yet borderline human robot who strives to feel human while saving the day. His cheer demeanor and nigh-unlimited strength helped set the archetype for future shonen characters to follow.

Building off everything that made the Batman and Superman animated series work so well, Justice League and its sequel series, Justice League Unlimited, meshed iconic characters with storylines that kids and adults could appreciate.

My Hero Academia takes the best qualities of shonen without much of their pitfalls. It’s got the big, flashy explosions and gratifying power-ups of a DBZ, but like Naruto, its fights and the abilities of the characters are multidimensional enough that the biggest gun doesn’t always win, and minor characters aren’t rendered footnotes.

Picking up where shows like Dragon Ball Z and Yu Yu Hakusho left off, Naruto is an apex shonen anime. The series unfolds in a universe where ninjas are deployed like soldiers, and a kid named Naruto Uzumaki ventures to become its greatest warriors. With a deft blend of flashy explosions and dynamic fight strategies, it avoided the monotony of Dragon Ball Z while proving even more character development.

Fullmetal Alchemist: Brotherhood follows the story of two brothers whose lives are irreversibly altered after trying to use alchemy to resurrect their mother. What ensues is an adventure laced with smart plot points, inventive powers, and emotional storytelling.

Fourteen-year-old Yusuke Urameshi goes from delinquent to savior in Yu Yu Hakusho, a supernatural martial arts anime filled with lovable characters and intense action. If Dragon Ball Z was the first anime you ever watched, Yu Yu Hakusho’s dynamic fight scenes and epic tournament setups pulled you in from the jump. Its well-developed character arcs kept you there.

In a few words, Attack on Titan is it. The show follows Eren Jaeger and other soldiers who struggle against a race of gigantic, human-eating monsters who’ve roamed the land for over 100 years. As mesmerizing as it is gruesome, Attack on Titan combines intricate action with terror and themes of hopelessness and politics for one of the most gripping stories in recent memory.

Is there a more iconic anime than Dragon Ball Z? Between the super saiyans, the kamehamehas, the yelling and the get stronger for the sake of getting stronger aphorisms, the show is arguably responsible for most of the shonen cliches we know today. It doesn’t take a lengthy look at Naruto or Monkey D. Luffy to compare their steely determination and latent, inexhaustible powers to Goku. Any superpower level up that’s triggered by emotional turmoil probably owes a debt to a certain saiyan legend.

Taking stylistic cues from Tim Burton’s seminal 1989 film, Batman, Batman: The Animated Series was perhaps the darkest animated superhero TV series the world had ever seen when it debuted in 1992. This Batman series, one set in a 1940s-esque world that’s still got computers and other trappings of ’90s life, traded in a lot of camp for shadowy artwork and even darker storylines, reimagining the boundaries of comic book cartoons in the process. You’ve also got to give it credit for launching the DC Animated Universe, which includes Superman: The Animated Series, Justice League, and more.

Merging stylish neo-noir storytelling and cyberpunk aesthetics with jazz and stories that ranged from mischievous chance adventures to character-defining struggles, Cowboy Bebop is a genre-defining, shapeshifting space odyssey. Upon its release in the US, it helped introduce a new generation of fans to anime. Pretty good first impression.

Peter is a writer and editor who covers music, movies, and all things dope.

The post The 25 Best ‘Toonami’ Shows of All Time appeared first on MusixFlix. 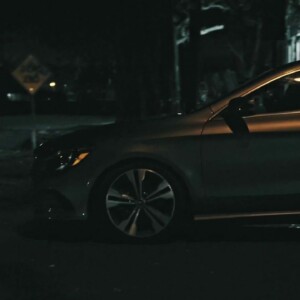 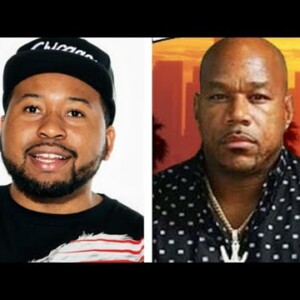 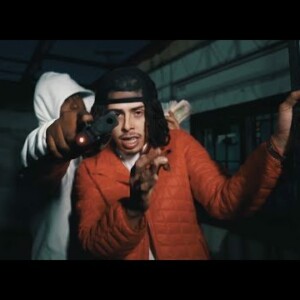 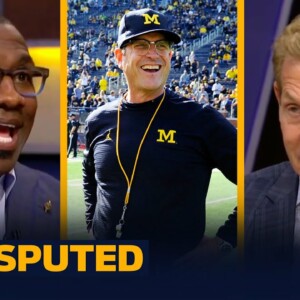